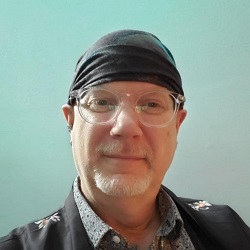 The many forms of Shamanism that I have had the honour of having passed down to me over the years are from many oral traditions around the world. As such, my presentation will consist of many teachings, based upon legends, stories, wisdoms gleaned from the Medicine Wheel, life experiences and more. This presentation will prove to be both educational and entertaining.

Trent Deerhorn descends from a line of mystics, healers and shamans and has worked in the field of Shamanism for over 30 years. He has received training throughout his life from many shamanic practitioners and offers services throughout Western Canada and long distance work worldwide. He is a writer and trainer and leads workshops on numerous shamanic principles and techniques including Spirit Animals, the Medicine Wheel and Shamanic Journeying. He is a storyteller, public speaker, singer, songwriter, visionary artist, ceremonial leader and dreamwalker. Trent helps people to become a thriver, full of health and vitality, able to flow with life and truly be in the present moment, free of personal and mental clutter.

Things are breaking at breakneck speed. Grant will discuss the latest UFO news as the government prepares an official report, as well as the more important question of who are we dealing with, how do they get here, and what is their message. And it may not be ET. How does this link to the paranormal which is talked about in his book Contact Modalities?

Over the next 18 months he had many sightings of large objects and small (monitor) objects in the area. He spent countless days in the area photographing a series of strange objects and interviewing hundreds of witnesses who were involved.

These interviews became part of a manuscript called Tales of Charlie Red Star, which was published recently. Stories from the book will also be part of a movie that is being planned out of Toronto Canada on the contactee group RAMA.

After composing a manuscript about the flap, he moved on to research the work of the late Wilbert B. Smith. Smith headed up the Canadian government flying saucer investigation known as Project Magnet which ran from 1950 to 1954. During two decades of work on Smith, Cameron was able to collect most of Smith’s files and material written. He interviewed most of the associates around Smith who worked on the flying saucer investigation. He has produced a CD-Rom data disk that hold most of the documents from the Smith files, along with 12 hours of audio related to Smith’s work.

Years of Smith research led to the discovery of former Penn State University president Dr. Eric Walker, who was identified by Dr. Robert Sarbacher as a key person inside the UFO cover-up. Cameron teamed up with T. Scott Crain to research and write a book titled UFOs, MJ-12, and the Government, published by MUFON. The book summed up their three years of research on Dr. Walker’s involvement. An updated version of this book with new material was released in February 2013 titled UFOs, Area51, and Government Informants. It spent a short period of time as the top selling UFO book on Amazon.

In the past few years Cameron has turned his research interests to the involvement and actions of the President of the United States in the UFO problem. He has made 25+ trips to the National Archives in Washington D.C., and most of the various Presidential archives around the country looking for presidential

UFO material. One highlight his presidential UFO research was the chance to question Vice-president Dick Cheney on his knowledge of the UFO subject. Another highlight of the presidential UFO research was a FOIA to the White House Office of Science and Technology which yielded 1,000 pages of UFO documents from the Clinton administration. Many of these findings dealing with the involvement of Bill and Hillary Clinton have been written up on The Presidents UFO website www.presidentialufo.com. 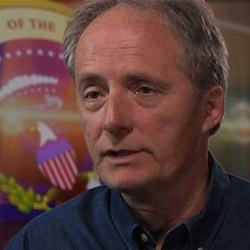 At present Cameron is working on producing monographs for Dr. Walker, Wilbert Smith, the Presidential involvement in the topic of psychic phenomena, and a monograph looking at a possible disclosure pattern to try and explain the many actions of the American government, related to UFOs, during the last 50 years. He is working on a detailed paper detailing the 64 Reasons the Government is Covering Up the ET Presence. He is also now researching and lecturing on the connection of consciousness to the UFO phenomena hoping that it will help explain how UFOs are propelled, and what is the real nature of the Universe.

He has produced a CD-Rom which includes Tales of Charlie-Red-Star a manuscript that was prepared in the late 70s about a flap of UFO sightings that occurred in Manitoba Canada in 1975-76. This is a flap of sightings that was immense in size, but generally unknown outside of Canada. A second item on the CD is UFOs, MJ-12, and The Government, a book published in 1990 by MUFON. The disc contains the paper Presidential UFO Audio Story which is an article that contains 60+ embedded UFO audio clips of the presidents, their aides, or people talking about the presidents and UFOs.

Cameron completed a collection of hundreds of cartoons about UFOs which was set up to help to tell the 60+ years of this strange phenomena. A PowerPoint collection of these cartoons was shown at the 2003 Ozark convention.

He has lectured widely in Canada, Europe, and the United States on the 1975 Carman flap, the Canadian government’s early investigations into flying saucers, UFO disclosure politics, the Rockefeller UFO Initiative, the Presidential UFO connection, the consciousness link to UFOs, and recent research that indicates that the force behind the UFO phenomena is carrying out a plan of disclosure as to what UFOs are and why they are here.

Cameron was instrumental in recovering all the UFO files inside the Clinton files at the Clinton Library in Little Rock Arkansas. Over 10,000 pages were processed in the requests. They show that the Clinton administration was very interested in the phenomena and actually tried to force out some of the hidden information to the public.
He was awarded the International Researcher of the Year at the 2012 Leeds UFO conference, and the Researcher of the Year at the 2013 International UFO Congress in Phoenix Arizona.
He lives in Winnipeg, Manitoba, Canada where he works full time on the UFO mystery. 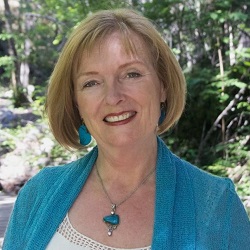 Have you ever wished you could just drop the struggle and end the pain? It IS possible – and in doing so joy simply bubbles up and peace permeates the air. Join us and discover tools that work to release pain on all levels… physical, mental, emotional, and spiritual. (They are all linked together!) We won’t just talk about them – we’ll practice them. We’ll even have fun learning these tools! Great relief flows from even small releases and renews hope, strength, and courage to create a world beyond suffering… aka Heaven on Earth!

B) Maggie Reigh isn’t who she thought she was! She thought she was a teacher, a mother, a grandmother, a hypnotherapist, a sound therapist, a writer, a speaker, an artist, a beginner drummer, and a rather hopeless gardener. Beyond all thought is where Maggie is expanding now… into the realm of discovery and miracles… into the uncensored flow of True Self… aka PLAY! Maggie has become incredibly good at playing with herself 🙂 and loves to invite others to play with her, unlocking the True Creative Spirit and releasing and dissolving pain, hurt, worry, and fear. The best way to get Maggie’s attention is to join her, “Wanna play?” 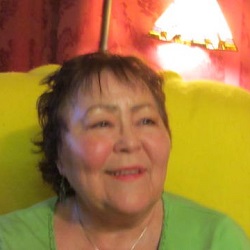 I am looking forward to sharing my dowsing expertise and experience with you. I have been a Dowser since 1988 and in that time I have never stopped learning what this wonderful skill can do for myself and for you. I will concentrate on sharing some questions and ideas with you. Together we will explore and expand our minds. Stretching your thought process can be both scary and empowering. Let us push ourselves to the max and go on a voyage of discovery. This is not a beginner lesson but rather an exercise in learning to use our thinking process and becoming a creator of our life. This interactive dowsing experience will be challenging and fun. Bring your dowsing tools. 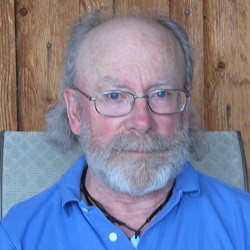 With all the events happening around us, it could be said that there is chaos or flux in the state of affairs we find ourselves. This is an indicator that we are facing huge change, as chaos will eventually lead to new order in the affairs of man. Where does this come from? Where is it going? How can we participate and assist in the outcome? What is the Ascension some speak of? Can we influence it’s coming? How? This is some of what I expect to discuss.

When I was 12, and my age group was proceeding with confirmation in the church, I quit. I realized that things just don’t work the way they were preaching. I didn’t know what the truth was, just that it wasn’t that. During the teen years and early 20’s, a number of synchronicities occurred, that got me realizing someone or something was looking out for me. This set me on my path, searching for the truth.

Reading, taking courses and exploring philosophies such as Concept Therapy, Life Engineering, Eckankar, Summit Lighthouse and A Course in Miracles became my real motivation for putting up with what goes on around us. The operative phrase in our culture seems to be summed up by the bumper sticker that says, “He who has the most toys at death, wins!” It makes no sense to me.

Along the way, I finished a Bachelor of Commerce degree, only to find out I really disliked sitting in an office. Instead, I entered the power lineman trade and got my ticket to work outdoors in the power industry, as the way to cover my expenses.

Lately I’ve been delving into the real story of current events, in order to counter the line pandered by the bought-off, lame stream, propaganda media, that seems intent on supporting the destruction of our culture and freedoms and moving us to accept total enslavement to the elite, satanistic, psychopaths that want total power over the serfs that they want to make of us. 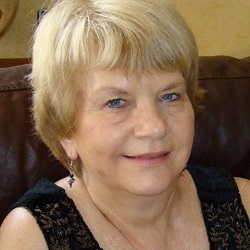 Philosophical and theoretical frameworks change as humanity evolves. Where have we come from and where are we going? Together we will trace the changes that are defining our world and where we might be going next, based on personal experience and observations over the past 45 years.

Mary Lou Johnson was the founder and past president of the Canadian Holistic Nurses Assn. and has worked as a psychotherapist, meditation and life skills teacher. Her life has often placed her on the leading edge of change in the world.

If you are new to Questers, Join Now