The Questers would like to present the Honourary Life Members of the Canadian Society of Questers as tribute to their invaluable contribution to the Questers Society and its members.

Bios of each of the Honorary Life Members will be coming soon. 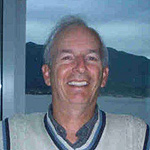 Wayne Follett
Instead of a bio, Wayne decided to write a short note on what it means to be a CSQ member.
What Does Membership in “The Canadian Society of Questers” Mean to Me:
“Of course, being a member of any particular group does not, in itself, give a person any real satisfaction. When a person reads the messages from our president, Carol Heywood, in the Quester Magazine, you get a really good idea of what being a Quester means and what it gives you. She describes it so well so often. I feel just like she does in the fact we all learn so much from each other — so much love and sharing!

I was introduced to dowsing (questing) in about 1976 at the old mission in Mission BC and was instantly attracted to it and after a few meetings and conventions met all the fascinating members like Dean Russell, our founder, Don and Dorcy McRae, Roberta Britt, Walt Woods, Ron Duncan, Beverly Barr, Al & Lyla Parker, Brian Cole, Adrien Carlsen, Steven Varro, Isabel Stadnicki, etc., etc., etc.

In 1980 Ron Duncan and I registered the Quester society provincially and then later federally. I loved it so much I became president in 1981 and again in 2001.

After a few conventions we were able to have our 1st fire-walk at UBC and years later at 100 Mile House – what a great event that was!! The only burnt feet was by an attending journalist who thought it was all too easy to do.

Slowly, our conventions changed from pure dowsing to questing, i.e. looking for information in all aspects of our lives, for example, our health, our relationships, our financial situations, our religions, our connection in everything; in all, we began to expand our thought processes and we became more than we once were.

As a person, I have learned and grown so much more due to Questers than any other influence in my life. And, it’s so much fun too!!

I retired from work 4 years ago and my wife and I have been going to Mesa Arizona for 5 months a year (Vancouver’s winter and rainy months) for the sun and golf, tennis, hiking and partying…..like what a blast! But I always use my questing skills in everything I do. In other words, I couldn’t do without it. I am sure when I am back in the Vancouver area I will be able to attend many more Quester conventions and enjoy everyone’s loving and sharing attitude.” 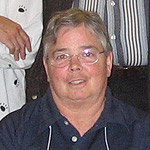 Grahame Gardner
President of The British Society of Dowsers, talks to Merlin Beltain of the Canadian Society of Questers about her work as a geomancer and what it means to be a Quester rather than a Dowser.
Adventures in Dowsing Podcast: (Click Here to Play Now) 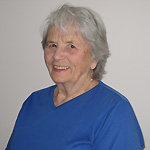 Joan Pearson
See a video of Joan accepting her Honarary Life Membership at the 2013 Fall Conference. (Note: it is a large file, please be patient.) 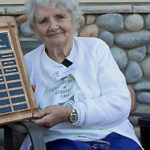 Thank you for supporting the Canadian Society of Questers & your service to humanity!!

If you are new to Questers, Join Now